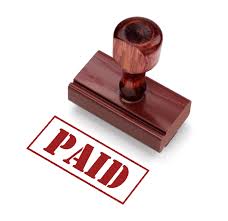 I am a woman and I pay a heavy price for being that. Though I had no say in choosing what gender I will be born with and in which country or family but still I have to pay for what I was born as.

A major chunk of my income or my family goes in these bills. Early in the morning, my father drops me at my office. He travels back home and later goes to his office. We use extra fuel just because I am a woman and I cannot travel alone. It’s not because my family trusts me. They do but they know how this society reacts towards women just because of their gender. They know the troubles I will be facing if I ever decide to go alone. Oh, did I just use the word ‘decide’? I don’t get to decide anything here – not even my life partner.

I pay extra for my clothes. My brother and father just have to buy their shirts and trousers along with a few accessories. On the other end, my mother and I buy dupattas and chadars and abayas and scarfs to look mediocre and decent in public – more importantly, achi aoratain.

I pay a heavy price in beauty parlors as those are considered a must for every woman to visit once or twice in a month. I get my hair done every three months. I am not allowed to cut those short. My mother says the beauty of a woman lies in her long hair. I just only get those trimmed and the bill is usually 2 thousand rupees. While my brother gets the same job done in 500 rupees only.

Even my marriage is not an easy job for my parents. They started saving for my dowry from the very day I was born on. My mother would buy things for me and keep in store and cabinets. Every six months, my mother pay a few thousand to our house helper who put all things out on the terrace so they get fresh air and don’t get any smell.

I also have to pay thousands of money on my lingerie and inners which give my pocket a heavy shock twice or thrice a year.

Most of my friends use uber or careem to travel to and from their homes to their universities or workplace. They have very limited options to chose from. They cannot select a bike as that is for men only. People judge you on road for taking a bike. Also, most families don’t like their daughters riding on a bike with a stranger.

They have to choose either a mini car or go car which cost 5x or 8x more than the bike cost. It eventually adds to their bills.

I laugh when people tell me how my life is as easy as a woman. It is not. The truth is I have to think dozens of time before stepping out of my house or even just choosing what to wear for the day. The dress should not be too revealing. It must cover me fully and show me as a naik Parveen bibi who don’t know anything about the planet earth so she can be accepted and honored by society.

Sometimes I wish I was born as a boy. My salary would have spent on real things, not on just saving myself from this society. Men don’t have to do this. They can just go out in a shirt and shorts and bring dahi and naan. While I have to change into a proper dress before doing that. Still, the people standing outside the naan shop would stare at me like I am naked or standing with a board written, Hey, I am available.

I have planned to join Aurat march next year on the International women’s day and the placard I will hold, I have thought enough about it. My placard will read, I am a woman and I pay tax for that.

All posts by Fizza Rashid
Click here to cancel reply.