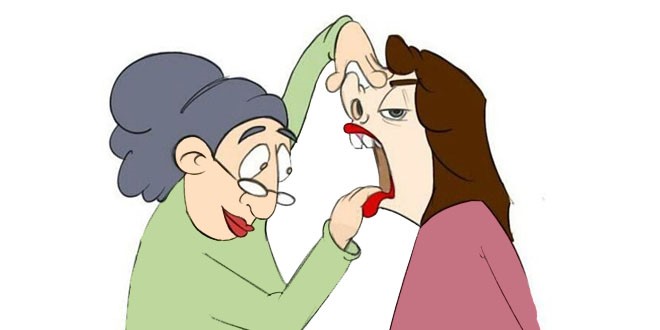 As I was doing my daily skincare routine, my house-help who was looking on as she worked said, “I’ll tell you a remedy for skin whitening!” I told her that I do not believe in such remedies and I am comfortable with my complexion. But that discussion made me think that the desire to appear fair doesn’t only appear to be an upper-class phenomenon but even those who live below the poverty line want to have a lighter skin color to be accepted in society.

Since childhood I’ve seen how appearance and complexion play an important role in a woman’s life as compared to men who are commonly judged on their monetary stature; however, a woman to be acknowledged by society has to groom herself from a young age.

While mothers do not bother to explain their daughters about menstruation or personal hygiene yet take pains to enlighten them about fairness; for most mothers, a daughter’s marriage is dependent on their appearance rather than on education and skills.

The Oxford Dictionary defines marriage as: “The legally or formally recognized union of two people as partners in a personal relationship,” yet few western people understand this lifelong commitment or are happy in it.

Marriage in our society is taken very seriously by the elders who ‘pick and choose’ a girl very carefully like they were selecting fresh vegetables in a Sunday market. Once ‘selected’, the entire burden of uniting the family, running the household and looking after their ‘precious’ son rest on the fragile shoulders of the girl.

Earlier,  South Asian girls were considered marriageable upon hitting puberty. However, as time changed, India, Bangladesh, and Sri Lanka set eighteen years the legal age for marriage. Pakistan is also following the pattern however resistance from religious quarters is making the going difficult. This is an important issue that needs implementation for girls, their families, and the coming generations’ turn out better!

Girls are required to come before visiting families or matchmakers decked up in jewelry, make-up, and her best dress to serve them tea.

Another common facet of South Asian culture heritage is girls being declared unfit during the meeting phase as they do not meet the prerequisites of the boy’s family of complexion, eyes, beauty, height, weight and overall appearance.

Appearances are not the only criteria for rejection, many are rejected if they aspire to study further or pursue a career. Many may think this to be an outdated practice, yet it is followed in the 21st century.

Acceptance depends on the girl fitting the boy’s and his mother’s fancy; else her apparent shortcomings will be told to her face or her family will get a phone call.

This display for approval leaves a lasting impact on girls presented to strangers, like some item in a China shop; they tend to lose their self-confidence, feel demoralized and ashamed.

Fatima Lodhi the founder of Dark is Divine said “Girls feel alienated, (by) the fear of rejection again and again, (their) confidence shatters and self-esteem become low. A point comes when she decides not to get married for fear of rejection on the basis of something not in her control. Depression is real! Rejection is not a small thing for a lot of people, and many times it is taken as an insult hard to forget and digest.”

Kanwal Ahmed the founder of Soul Sisters, recently initiated a project called Conversation with Kanwal to highlights the potential women and touches topics that are part of our daily lives. The third episode explored the Chai Trolley Culture where she talks to Suraiya Rahat from Karachi who had forty families ‘see’ her and all rejected her due to her weight; it is an eye-opening interview exploring the insensitivities of the society.

Today we often hear girls saying that they would prefer to stay single just because they don’t want to go through this trolley parade.

Naheed*, a freelance writer and event manager in Lahore says, “I have no plans of getting married now as eight families have rejected me on the basis of my height, weight, career and not covering my head; I realized no one wants to know me but my appearance is what they care for.”

Qurat ul Ain* with a Masters in English Literature is also not willing to marry saying, “After all that my mother has gone through and the way I have seen my friends and cousins being treated by their in-laws even before marriage, that has made me hate this whole institution.”

“A friend of mine was rejected due to the shape of her nose and feet,” she told.

Aniqa*, a journalist from Islamabad said, “I have always been a little chubby yet I am beautiful. However, people who come to see me always asked if I had ever worked on my weight. We were not supposed to ask the boy if he had worked on his bulging tummy or bald head.”

Rahat* is a doctor based in Islamabad. She is attractive but has a slightly dark complexion. She shared that a family came to see her for their son. They asked her if she was a virgin.

“I and my family found this very insulting. We said no to that proposal. How will I know if their boy was a virgin?” she said with a twinkle in her eye.

“Ladies born with fairer skin are blessed with one problem less; their mothers don’t have to work on scrubbing their skin multiple times a day to make them the perfect marriage material,” she said.

All these factors, unfortunately, decide the fate of a woman even in this modern period of human history.

As if insulting women and ridiculing them on their appearance was not enough, a woman can lose her life if she refuses the proposal of a man. This dreadful mindset is not only prevalent in Pakistan but in India and the US also.

In a recent case in India, a man proposed to a married woman and killed her after she refused. Bangladesh is not far behind. In February, a college girl was slaughtered for rejecting a man’s proposal who she had befriended over the phone.

It is the parent’s responsibility to put a stop on this catwalk like show of their daughters. If there is a proposal then let the two meet to decide whether they are compatible with each other or not. Such decisions should be left to the couple-to-be. The focus of parents should be on providing quality education and help their daughters achieve their dreams. Marriages can happen eventually, and similarly, the in-laws on bringing a girl home as their daughter in law should treat her with dignity in the same way as they would like their own daughters to be treated after marriage.

This is the time to evolve and understand that women are not mere decoration pieces but there is more to them. Girls should no longer be judged on their appearance and complexion.

Women of today have a lot of potentials as compared to girls of yesteryears. They are excelling in every field alongside running a full-fledged house. A woman has all the right to marry whoever she likes and say no to any proposal.

(*) Names have been changed to hide the identity of individuals.

All posts by Umaima Ahmed
Click here to cancel reply.