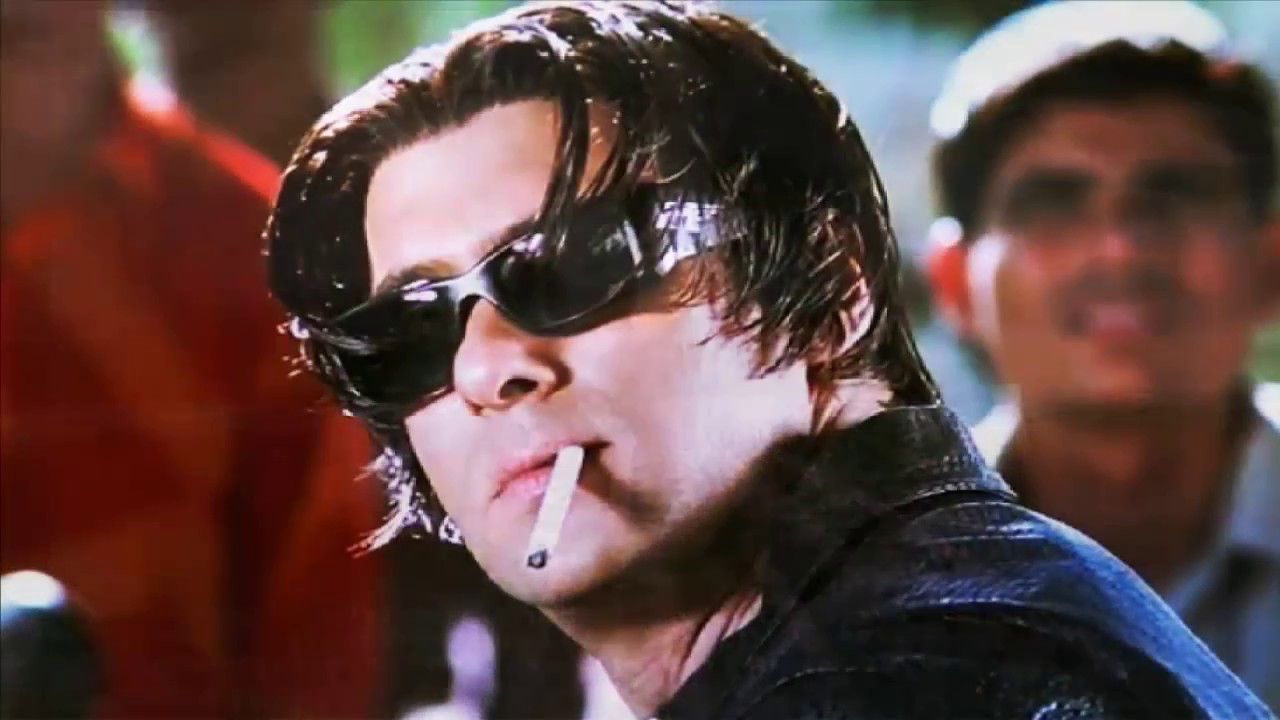 It’s a gloomy day in Hyderabad, the pearl city of India. There is love in the air. Love that stinks of fear, obsession, toxic masculinity, and misogyny.

27-year-old Ajay is waiting outside a girls’ college ready with the ‘song of the day’ for his ‘love’. He plays a new Bollywood song on his phone for his so-called ‘dream girl’ Priya every day.

Ajay is eagerly waiting for Priya to come out of the college gate. Today he has decided to play,

(Until when will you shout and be upset, my heart says that one day this beautiful girl will agree).

He has a huge playlist of Bollywood songs that he dedicates to Priya every day.

Ajay can’t wait to see Priya blush someday just like the Bollywood heroines who finally fall for their ‘hero’ and they live happily ever after. Ajay believes that Priya enjoys overpowering attention and is equally, madly, and frantically in love with him. At least this is what Ajay learned with free tutorials he received from Bollywood cinema all his growing life.

He has an understanding that if one keeps harassing a girl, she will finally say ‘yes’. Little does Ajay understand that this obsession is unhealthy, disrespectful and can turn self-destructive too.

Ajay is known as the most ‘filmy’ guy in the town. He has long hair, just like the lead character in his favorite movie ‘Tere Naam’. His clothes, language, and demeanor depict the image of a Bollywood inspired Roadside Romeo. The influence of Bollywood romantic flicks has stayed with him years after the box office said goodbye to them. 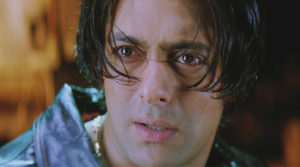 Ajay is a highly intelligent engineer by profession. He once had a love for solar energy and was passionate about creating solutions to save the environment. But his aspirations changed drastically after his eyes lay on Priya. His only big goal in life is to ‘patao’ (woo) Priya. He imagines them dancing around trees singing Bollywood songs. He fantasizes a Bollywood type love story with Priya.

Priya, a beautiful 20-year-old girl, is scared out of her wits when she sees Ajay. Though she is a confident girl with a mind of her own, she dreads seeing Ajay.

She is wearing a light blue shalwar kameez today and has a heavy bag full of books. She has stepped out of her college to return home after a long day at college. And just like everyday, she is anticipating a new filthy misogynistic song on the loudspeaker on Ajay’s phone.

The songs that he plays cringes her and the objectification is affecting her self esteem now. A few that he has played to apparently flirt with her are

(oo la la, you are my fantasy, don’t touch  me, don’t touch me, now I have turned into a youth. I will tease you, you are a bombshell);

(Give me a drink in the name of the one whom I am crazy for. I am a bad girl, I like whiskey. And when I get drunk, I become risky)”. 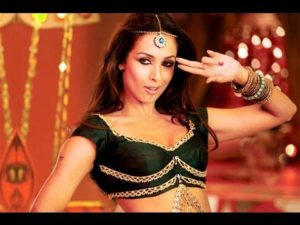 Priya hates every single one of them. She cringes at a few and is outraged at others that define her as a food substance or an object of pleasure.

She is shivering at the thought of the ‘song of the day’. Ajay is following her now keeping a 2 feet distance from her singing a Bollywood song. She is petrified as the song Ajay is singing is “Khali peeli khaali peeli rokne ka nahi, tera peecha karu toh tokne ka nahi, hai tujhpe right mera, tu hai delight mera, tera rasta jo rokoon, chaukne ka nahi”

(Don’t stop me without any reason, If I follow you then don’t scold me. I have a right over you, You’re my delight, If I stop in your paths, don’t be scared).

As he finishes singing the song, he comes very close to Priya. He grabs her dupatta (stole) and brings her closer. In a fit of fear and rage, Priya slaps Ajay and pushes him away. Ajay looks at her with passion and forcibly kisses her, smiles and leaves. Priya is humiliated, shocked and shaken. She has a stalker, a crazy lover who believes that if he continues to stalk her, she will finally give in.

She wants to complain to her parents but she is scared they might ban her from going to college. Priya is a bright student and wants to study. She aspires to be a Psychiatrist someday and her dream is to create mental health awareness in the world.

She thinks Ajay has went through multiple issues in his childhood. Maybe he was never taught to take ‘no’ for an answer or he was deprived of love and affection. Maybe Ajay needs to cry to relieve his childhood trauma. He escaped his emotions into watching and idolizing toxic male characters in movies.

Ajay has a few role models and wants a historic love story just like they did. His latest favorite is Arjun Reddy, a movie that has influenced him in so many ways. Ajay has learned a few more tricks to ‘patao’ Priya after watching that movie. Also, he has new ideas now to be a Macho Hero. Ajay hopes for a similar yet better ending to his love story. 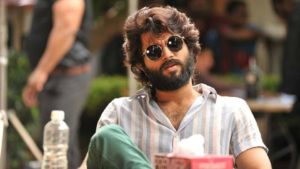 He is drunk tonight. Drunk because he has discovered Priya got engaged to get married. It’s been two weeks since he saw her. How could Priya dream of marrying someone else? So what if he forcibly kissed her, isn’t that what most Bollywood heroes do?

Ajay is delusional, confused, all he thinks about right now is the next bottle of alcohol. It has now become a daily routine for Ajay, he sits with his friends outside Priya’s college and drinks. His Bollywood playlist seems to be changing now. Ajay is now ‘Devdas’ (A Character from Bollywood movies that ruins his life drinking post a break up).

Arjun Reddy drank most of the movie almost destroyed his career and engulfed himself and his family in pain. And the result was that he finally managed to get the love of his life. Ajay thinks he is Arjun Reddy, at least he aspires to be like him. He has a beard to match his newfound Hero’s personality. The only difference is that he is a real human being, with real feelings, a real family and a real life on a path of total self-destruction.

Bollywood has played a critical role in imprinting large misogynistic influences on the youth. Objectification of women calling them ‘Cheez’, ‘Chicken fry’, ‘Tandoori Chicken’ ‘Coca cola tu’; Bijlee’ in its songs; there is misogyny in most Bollywood movies. Item numbers are an important key to box office success and hence this act of demeaning women is multiplied.

We seem to have lost all respect for women when we dance to the tunes of ‘Kaddu katega toh sab mein batega” (Bottle guard when cut into pieces will be shared with everyone), here bottle guard is referred to as a woman. Bollywood has left no stone unturned in idolizing toxic male characters and promoting misogyny in society.

It’s been 11 months of drinking and substance abuse for Ajay. Ajay has lost 10 kgs and is losing his mind too. Once a bright engineer is now obsessed with a woman, hoping this obsession will bring her back.

He is dying a slow death and his family is trying all possible treatments. Ajay has to go to a rehab otherwise there is a bleak future for him. He is turning into a threat for the society with some of his anti-social violent behaviors. He is angry most of the time and is ready to get into a brawl at the drop of a hat.

Ajay’s mother cries for her son. She is worried about her son’s future. She had to visit the prison on two occasions where his violent behavior got him behind the bars. He passed out two days ago and was found on the streets. Having left with no choice, Ajay has to go to rehab and has to heal himself. The journey is painful and difficult but his mother’s love keeps him going. He comes very close to death once, as the withdrawal symptoms are taking a toll on him.

It has been three months at the rehab, Ajay is now healing, he realizes that life is indeed a beautiful journey and we cannot force someone to fall in love with anyone. What we pick up from movies is not the reality and is hazardous to our health. A relationship is built on understanding, trust, and respect. Love heals and does not destroy.

Ajay has now healed and is back in town as a new person. He goes back to Priya’s college, takes a look at his phone and deletes his playlist. There is no need for any more ‘song of the day’ as the song he needs to sing is the song of gratitude for the second chance at life. He aspires to do a lot now. His once buried dream of starting his solar panel company is his new driving force.

Its been over a year, Ajay has not touched alcohol in this whole year. His venture is doing great and he has found an investor who has agreed to fund his startup. He fondly misses Priya at times and hopes to apologize to her someday. He realizes he was a jerk and a victim of the bad influence he received from the movies. 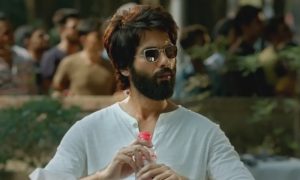 He is enjoying a cup of freshly brewed coffee in his balcony listening to the radio and he hears the news of Kabir Singh, the Hindi Remake of Arjun Reddy having received huge success. The youth is glorifying the misogynistic character and wants to idolize him. Ajay is blank like suddenly his entire past has stood in front of him. He can see how the glorification of many characters like this one has influenced his mind and continue to do so with millions of men in India. He hopes to find a way to tell the youth that idolizing toxic characters in movies is a path filled with self-destruction. He decides to pen down his story to create an awareness with the youth that seems to have lost its innocence and fragrance of love, respect and real relationship goals under the gamete of misogynistic Bollywood influences.

Just when he gives this a deep thought, the song on the radio is “ABCD Padh li bohat, ab karunga tere sath Gandi baat “(Enough of ABCD, now I will talk dirty with you. Inspired, Ajay opens his laptop and writes his story, tweets a link with #MatKaroGandiBaat (Don’t talk dirty).

Almas Virani is a writer, activist, speaker and life coach from Mumbai, India. She is a changemaker with Change.org and an activist that is working on creating awareness on gender stereotypes through her campaign #TurnOffTheStereo. She is also the author of a transformational program called Jump Into Power. As a speaker and corporate trainer, she has addressed more than 25,000 people in various seminars and workshops. A backpacking traveler and a single mom who is living life queen-size.

All posts by Almas Virani
Click here to cancel reply.