Living in a Man’s World 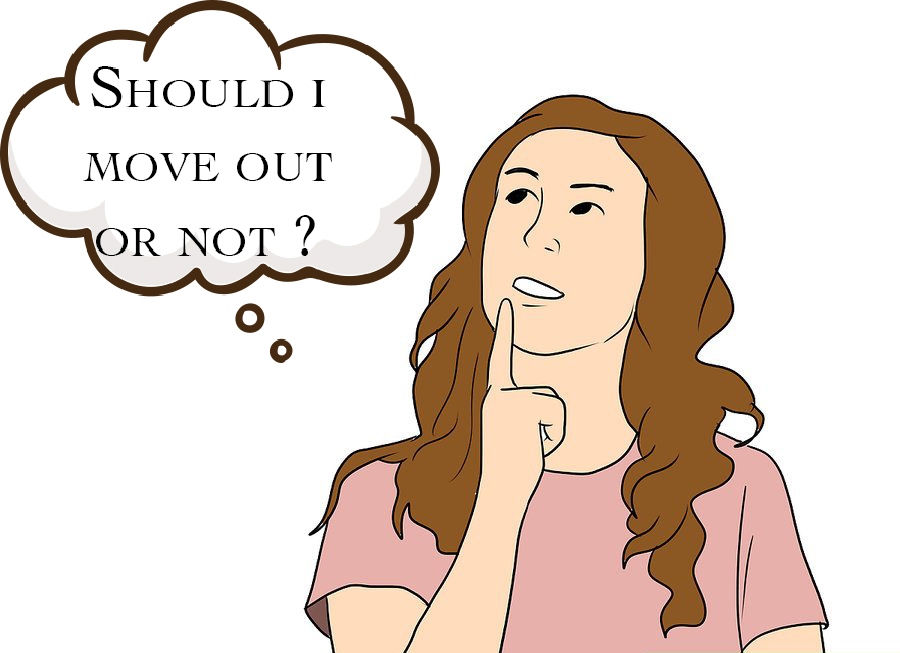 What is a home? It is a secure place to live in, four walls to call your own, a place where you can rest, express yourself, are respected, loved, socialize with loved ones and replenish your physical and mental health.

A safe home is the fundamental right of every human being. An individual’s right to safe housing is an internationally accepted fact which is even incorporated into the International Bill of Rights by the United Nations.

It is often a necessity to get a new place when moving to a different city for work or higher studies. All over the world, millions of people search for new housing to rent or buy every day, irrespective of gender or whether they are single or a couple. The main concerns in their decision making are to find a real estate listing within their budget, a neighborhood they like and deciding what furniture to get.

In nearly all developed countries, the procedure for finding a new residence is pretty much the same for both men and women. The options usually range from apartments, on-campus housing and townhouses, shared or otherwise. However, when it comes to women and housing in Pakistan, this exciting venture into independent living can quickly become a nightmare. Finding an independent place to stay in a metropolis like Lahore for a woman is next to a Herculean task, one that will test all her resolve and wits.

Despite the fact that nearly half of our population is women, and almost 20-25% of them are employed and working, the lack of an easily approachable real estate market for them shows that we still don’t consider them as individuals and at best.

Girls are expected to live either at home with their parents, or with their husband and his family after marriage. There is nothing in between.

In a society where marriage is considered the only acceptable outcome for young women, moving to a different city for work or simply wishing to get their own place because they are adults, is an uphill climb. It can be said that independent secure housing is a luxury for women in Pakistan, and even then, it is not a simple task.

One of the solutions that exist for women who wish to find their own place are working girl hostels or women hostels, which are mostly located in central Lahore i.e. Gulberg and its surrounding areas. These paid dorm rooms have long been the only-easy-option accessible to women. These establishments don’t offer the best standard of living and have cons such as no privacy, curfew timings and high priced rents which offer little value benefits.

29-year-old Maria is a doctor working in Lahore. She now lives in her own house in a gated society. But when she first moved here from Multan, the hostel was her only option.

While talking to FEMPOWER, she said that not only are these lodges pricey, but it is also impossible to entertain family members there. Despite paying high rents, the lack of privacy and space is also an issue in such hostels.

‘You can’t have guests over for staying, especially if they are visiting you from a different city. If you want to stay outside for any sort of social engagement beyond the curfew time, you have to tell about it to the warden. There is also no street parking available, and I had to deal with the hassle of parking my car safely every day,’ she said.

For the purpose of this article, I interviewed six women who are currently living independently in Lahore. All of them are young professionals, working in various fields ranging from medicine to social marketing, fine artistry, and teaching.

All of these women live in different areas of Lahore and used real estate services from their corresponding zones, as well as searched online real estate listings for the purpose of their real estate research.

Finding your own place as a girl/woman is not a quick and easy task in Lahore. On average, it can take anywhere from twelve weeks to six months to find a suitable listing, negotiate with the landlord, sign the contract and move in.

Aisha is a 28-year-old social content lead for a multi-national company who has changed her house three times since her shift to Lahore from the United States. She recalls that finding a new place that can be a good suitable fit and economically viable can be a long journey. It took her months of searching and visiting places, each time before she was able to find something suitable. Her current address was a result of looking and searching for six months.

The rental agreement process can be especially arduous, as often landlords who have initially agreed to the lease in spirit can rescind the offer afterward if someone in their family has an issue with a single female tenant or if they with the arrangement. Often times, the real estate agent acts like a middle person, and in pursuit of their commission will hide facts from both parties. This adds to the problems as well. The entire experience of having a done deal disappear can be taxing, as the potential tenant (the woman) might have already given notice to her parents or landlord and made plans for the move.

In the case of Bushra, a 26-year-old creative director at a marketing firm, the leasing offer was rescinded twice from two different landlords after the initial agreement. This caused her immense financial anguish and embarrassment because she had already intimated to her family she was moving out and had found a place.

‘The first landlord initially said that she is perfectly fine renting out to a girl and agreed to my pet cat as well. Then the landlord just lied and said that I was too late and they had already rented out the whole portion to a family. I was taken aback because it had only been two days, and later I found out that she simply decided to not rent out to a girl. The upper portion of her house is still vacant,’ she told.

She said that the agents mislead both parties at the time of contract and do not tell them the correct or complete information.

‘The second landlord was not given the entire information by the real estate agent. He misled both parties which created issues. These agents make a sizable profit by charging one month rent to both parties. They will do and say anything to make a deal happen,’ she said.

Harassment is an inherent part of the process. From unwanted calls, inappropriate messages and unsolicited invitations, these girls had to brave all manners of unwelcomed attention from the real estate agents. Often times, they simply try to ignore these unsavory and traumatic incidents so they can complete their process of finding a place.

‘They don’t stop,’ says Faryal, a 27-year-old artist trying to live an independent life in Lahore.

‘To these real estate agents, a woman looking for independent housing is a fair game and they openly harass her. They are emboldened by their numbers, and the fact that they are a pertinent part of the rental process,’ She remarked.

Every woman interviewed for this piece reported the same harassment issues.

In fact, in some cases, the knowledge of the fact that their harasser being a real estate agent knew where they lived and because he could cause trouble for their lease, the women had no choice but to remain silent and carry on with their daily routines amidst the continuous harassment and torment.

Shakila is a teacher and artist from Hazara community living in the Cantonment area in Lahore. She had to deal with her previous agent often parked outside her home, every now and then, despite blocking his phone number and taking other precautions.

‘He would call me at odd hours, even after the transaction had concluded. Then he started hanging around the neighborhood, making it very difficult for me to feel safe or breathe easily. But since it took me many months before I could find a suitable place, I am hesitant to do anything about it in case he causes trouble and I have to leave my home. So I just try to ignore him as much as I can,’ she told.

When a woman finally succeeds in getting her own place and has moved in, life doesn’t get much easier. The landlord and the neighbors make it their business to monitor her movements, and keep tabs on who is dropping her off and at what time.

‘You can only smile and wave’, Aisha said.

‘There is no escaping this. One time my grandfather was dropping me off home on the way to the airport at night. I had to ask him to come out of the car and explain his relation to me to the ‘concerned uncle’ of the neighborhood,’ she recalled.

Such inquisitive behavior is not only embarrassing but also an absolute breach of an individual’s privacy, which they are fundamentally entitled to.

It is a known fact that all relationships don’t have a happy ending. Often times, marriage troubles and domestic quarrels can put the woman in harm’s way. In cases of domestic abuse and a violent spouse, a woman cannot simply decide to find her own place quickly to live in without answering questions. More often than not, she will fail in her objective to find her own apartment or any portion of a house to rent out. In many cases, these women opt to go back to their parents’ home, where they are considered a burden and are unwelcome.

Parents may believe it is shameful for the daughter to come back home to live after getting married, and that she will reduce the chances of her younger siblings getting married. Sometimes, parents flat out refuse their daughters request to come home. This is no longer your home, they say. Make peace with where you are.

These women end up resigned to a fate of domestic abuse or go to public shelters, and spend their entire lives without a way out.

In a country where the population of women is 49% of the total, it is disconcerting to see the absence of even basic facilities available to them without facing harassment and leering eyes of men.

A safe and secure, independent housing and privacy is the right of everyone, including women. From the moment they make a decision to live independently, to the search process in the market for the right house and selection process as a tenant, and finally living in their own abode should be straight forward, respectful and easy.

The author is a health care professional who is interested in history, positive social change, writing, and photography.

All posts by Hassan Ibrahim Ch.

One thought on “Living in a Man’s World”

I would like to thnkx for the efforts you have put in writing this blog. I’m hoping the same high-grade blog post from you in the upcoming also. Actually your creative writing abilities has encouraged me to get my own blog now. Actually the blogging is spreading its wings quickly. Your write up is a good example of it.