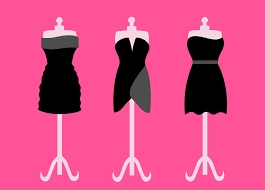 The pressure cooker is steaming with boiled chicken. It’s been whistling with boiling chicken every single day for the last 11 months. Hooting for Tanya’s big ‘fat’ race. The race to ‘size zero’.

It’s been exactly 328 days since she started the race. Just like any other race, this one also needs perseverance and a massive sense of competition. This is what I call a ‘Global Open Race’. Unlimited entries, no qualifications or pre-requisites, no disclaimer forms. And whoever makes it to the finish line gets a lifetime membership of the weighing scale machine!

Tanya bought the weighing scale 12 months ago, exactly 3 weeks before her Chase to Size Zero began. Since then Tanya has invested in a whole lot of machines. A small weighing machine to weigh her portions before she could eat them, a juicer, a blender, coffee froth maker and a number of sauna belts. Tanya is on a ‘Weight loss shopping’ spree. Anything that has the tag ‘weight loss’ has to be picked up by her. She has changed 3 different personal trainers at her posh gym and enrolled in 2 different programs at slimming centres.

All of them dictate what goes into the pressure cooker every single day. The pressure cooker is bored and tired of steaming chicken. It misses the days when Tanya used to fill it with Rajma, Dal, Rice, and Vegetables. It has not seen its friends for a long time. Aah the aromas of spices and the flavour it created is now a story of the past!

For those of you who don’t know much about how the pressure cooker works, let me explain. it generates heat, the heat picks up momentum and that momentum starts exploding into the whistle.

Tanya is much like a pressure cooker herself these days. She is angry most of the times, emotions like anger, jealousy, sadness, insecurities are all showing up. She wants to suppress the emotions and craves for her favourite piece of chocolate. She is guarding the calories and of course her true self under the false image too.

Tanya has had a strange relationship with pressure. It all started at a young age when she felt this ‘weight’ (pun intended). All her life, she was filling herself up with unhealthy food that she believed would cover the fat. Cover it so much that she would become invisible to the world. And now here she is, feeling the pressure of ripping off layers of fat and muscle ruthlessly alongside a time machine. Little does she realise there’s an inner child inside of her that needs love and attention, more than the shape of her body. Ignoring the wounds of this broken self-esteem inside is much like the steaming pressure cooker.

All was well in Tanya’s life till Suraj made his lasting guest appearance. Suraj is the pickle that Tanya could barely taste. It was so spicy that it left sores in her mouth. Suraj happily replaced her for a ‘thin woman’. That was the day Tanya decided she will lose weight. All through her growing years, she was told she will never find her Prince Charming because of her body weight, now that was her ugly truth.

What started as healthy revenge became an obsession in no time. Usually one tends to train themselves before getting into the race but sadly enough, this race has training inbuilt in it. Training the muscles, the taste buds, the aromatic senses; the social, psychological and physical training is rigorous. Tanya has given up old habits like Friday catch-ups at the coffee shop with her besties.

She now has 2 new friends – The mirror and the internet. The former hates more each day as the latter keeps telling her she is not good enough.

Her journey started with a balanced diet and moved to no carbs in no time. Her portions became smaller over a period of time. As she wanted faster results, she decided to try a few techniques tried by an influencer on YouTube. Forced pucking, slimming tablets and protein shakes were all experiments that gave her fluctuating results. Forced pucking turned into a natural phenomenon with the sight and smell of food. Before Tanya could take stock of her situation, she had captured herself into her little prison – a prison without food.

Tanya also has developed a new love-hate relationship with her bathroom. It’s a place where she experiences the most amount of pressure. Doctors say that she has developed something called the Irritable Bowel Syndrome, an intestinal disorder causing constipation.

She uses her frequent long visits to the bathroom connecting with her fans on Instagram. The irony is she feels lonely despite 20k followers on social media, some of them are fans of the transformation that they see in the edited pictures that Tanya has been uploading.

She had 500 followers on Instagram before she started the race but with every new pic and hashtags to support it she has seen a rise in her followers drastically. They have moved to 20000 in just 9 months, thanks to the digital media strategist, Devang who builds the heat on her profile. He makes sure he uses the most popular filters and this latest app that defines Tanya’s jawline more. That’s a lot of validation for Tanya, someone who was bullied all her life for her weight. She is hoping Suraj is keeping track of her Instagram pics. She logs in a million times a day in the hope there would be a ‘like’ or ‘comment’ from him. This hope keeps her going.

Tanya is facing a lot of pressure in the bathroom today. Her stomach needs rest; after all, it’s been going through a see-saw ride. It has decided to react and tell Tanya to stop abusing it. While Tanya is struggling to release the pressure in the bathroom she logs in to her Instagram account and is unhappy. Today she has had only 200 new followers. “Only 200?”, she screams. She paid a huge sum of money to her Devang to find a way to double the followers this month.

Tanya is exploding with anger, sadness, and self-doubt. She is dizzy and has very little energy. She has been experiencing stomach cramps and chest pain. She steps out of the bathroom after 45 minutes and with a spinning head falls flat on the floor. She finally decides to get complete blood check up done, something her doctor has been nudging her to do for 3 months now.

Tanya is back in the clinic apprehensive with the reports. The doctor says her reports don’t look good and a lot of parameters are out of balance. After a thorough check up the doctor confirms that Tanya is a case of Anorexia Nervosa. He warns her to stop her crash diets or her life could be in serious trouble.

As soon as she gets out of the clinic, the Universe conspires to talk to her. Her phone beeps and she receives a message from a dear friend. Its an article about Luisel Ramos a famous model who died from anorexia in August 2006. Tanya is numb and scared. It’s a message for her to wake up and stop smelling excess coffee shots. She spends the next two hours researching on Anorexia Nervosa.

Race to fit into the size zero garment has been stocking up stores around the world alluring women into wearing it with diseases like Anorexia. This race is a disease plaguing women around the world. The obsession that started with Victoria Beckham and Kareena Kapoor is now a girl next door’s obsessive dream.

Miracle drinks, crash diets, weight loss surgeries have created a huge pressure on women to ‘fit in’. Women have been conditioned to believe that their body shape determines how beautiful they are. We are so concerned with the shape of our body that we are forgetting to take a look at the shape our physical, mental and psychological health is taking.

Your body doesn’t define who you are. Of course, nutritious food is one of the gateways to a healthy body and glowing life but it’s important to have a balance. We are so consumed with how people view us that we have forgotten to take a look at the withering health, brittle nails and bones and dropping hemoglobin count.

Tanya takes a good look at the mirror. She sees a very unhealthy broken self-image, eyes that struggle to twinkle when she smiles and hair that has lost its luster.

Finally, Tanya realises, the Chase to Size Zero is Actually the Chase to Validation. She looks at herself in the mirror and says ‘Tanya, I love you for who you are. Let’s start a journey to be healthy and I am with you 100% through it’. Just as she says that the pressure cooker whistles again, this time it is happy to meet some of its old friends.

Almas Virani is a writer, activist, speaker and life coach from Mumbai, India. She is a changemaker with Change.org and an activist that is working on creating awareness on gender stereotypes through her campaign #TurnOffTheStereo. She is also the author of a transformational program called Jump Into Power. As a speaker and corporate trainer, she has addressed more than 25,000 people in various seminars and workshops. A backpacking traveler and a single mom who is living life queen-size.

All posts by Almas Virani
Click here to cancel reply.